Summary: As a newcomer to the ice cream category, Frutero Ice Cream was seeking to grow brand awareness, both to incentivize purchase, and enhance brand credibility in an ongoing effort to expand its distribution with grocery retailers. 3E Public Relations initiated a PR campaign to do just that.

Challenge: The ice cream category is uber-competitive with countless brands and concepts already competing for consumers in-store.  To be “heard,” Frutero needed an agency partner that could clearly communicate its point of difference to both consumer and trade audiences.

Our second initiative was to identify key media targets based on a variety of assets and/or affinity groups we could leverage: 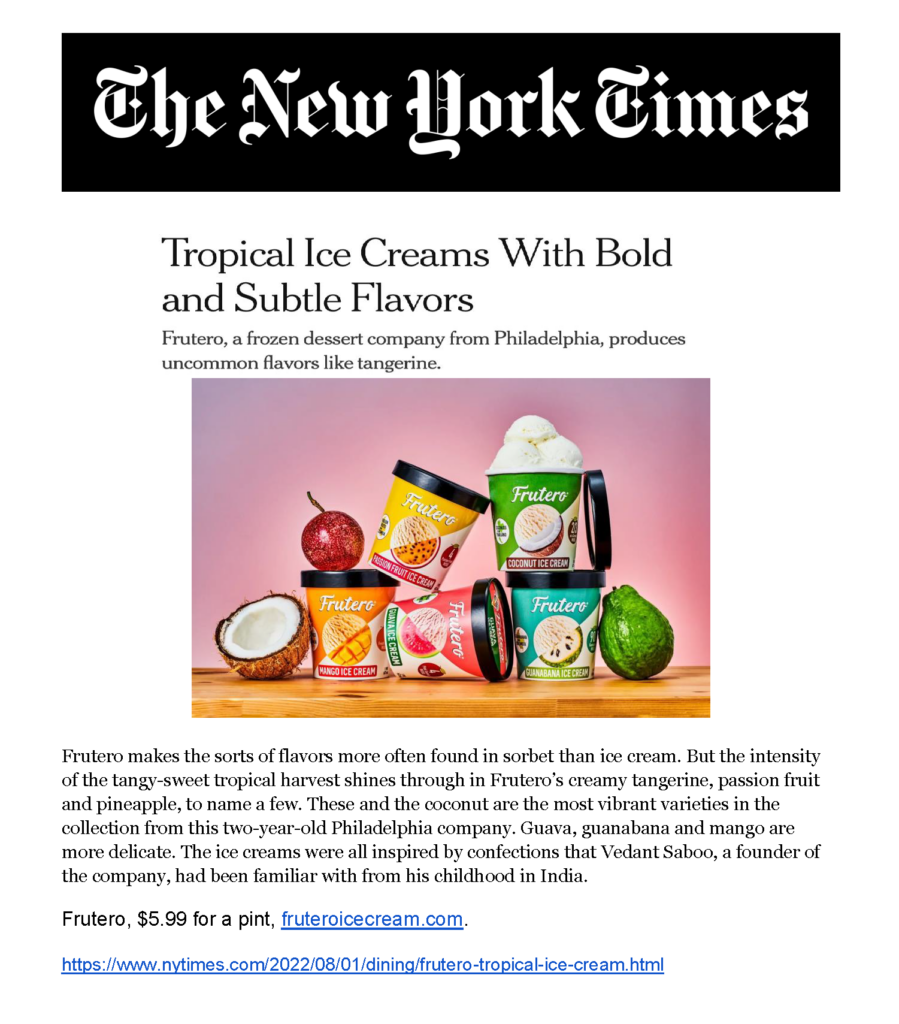 Perhaps the most exciting placement was in The New York Times which featured Frutero in its new product section, “Front Burner.” The placement reached 366,783 readers in print and 43,264,806 online. As a direct result of coverage in The New York Times and The Philadelphia Business Journal, Frutero reported that their “phones were ringing off the hook,” with both retailers/distributors and consumers looking to buy the product.

Establishing the founders as key thought leaders with insights that could be beneficial to other entrepreneurs led to a feature article in Authority Magazine. In the coming weeks, additional features in several key grocery trades, plus additional broadcast placements in key markets, are expected.