A team of real estate developers with a focus on preserving affordable housing across the United States came to 3E Public Relations requesting our event management expertise. They were planning a rededication and ribbon cutting ceremony for one of their properties in Jersey City known as Summit Plaza. Designated as Section 8 housing, Summit Plaza was recently transformed by Belveron Real Estate Partners and LIHC Investment Group with multiple improvements that went above and beyond the minimum requirements for HUD (Housing & Urban Development) assisted public housing. 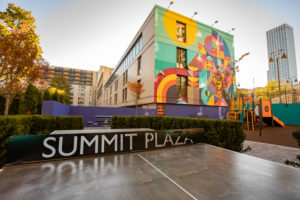 The client’s objective in hosting a ribbon cutting ceremony was to draw attention to the positive impact their upgrades would have on the existing residents and the community at-large. They were also looking ahead to several future projects in the municipality and as a result, were intent on establishing a positive association with their brand while at the same time facilitating a relationship with the mayor and other local officials.

3E Public Relations’ initial task was to craft a strategy that would convey news value to the media. The current media environment often makes it difficult to garner coverage for ribbon cutting events, as the press views them as redundant and without a real news hook. Therefore, we needed to communicate to the media and a broader civic audience, “Why should I cover this?”

Digging deep into the history of Summit Plaza, which was built in 1972, and the status of current redevelopment issues in Jersey City, we repositioned the messaging surrounding the event to amplify several hard news angles:

This strategy allowed us to create interest across multiple categories: urban redevelopment, Section 8 housing, real estate and politics. In addition, we led the effort to ensure key influencers were in attendance, collectively reinforcing the value of the event to the media. These influencers included: the Mayor, Council President, NJ Field Office Director for HUD, Director of Housing, Economic Development & Commerce for the city, and the Jersey City Housing Authority.

services. This was especially important to our clients who lived in California and Maine and were relying on us to attract local media and manage all onsite logistics.

Our services included the following:

3E Public Relations’ expertise in building and nurturing relationships allowed us to secure the attendance of the Mayor of Jersey City, as well 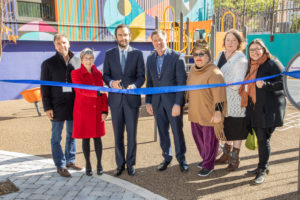 as the Council President, resulting in more press interest in the event.

Our suggestion to hire both a videographer and photographer reinforced existing press relationships because we are seen not only as a resource for news, but for content, as well. For example, the reporter from WMBC-TV requested additional photos before filing her story and we had a wealth of quality options for her to choose from. In addition, Real Estate NJ was unable to attend, but they included a video slide show on their website and have plans to do a feature story about the client’s and their focus on affordable housing. The Jersey Journal included coverage in print and online with a digital slide show, as well.

The event exceeded our client’s expectations. We not only secured media coverage and reinforced brand equity, but as a result of delivering the mayor, our client was able to secure a face-to-face meeting with him in subsequent weeks to discuss additional improvements to Summit Plaza and future projects for the city. 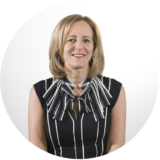 Planning a ribbon cutting ceremony or other type of event for your brand? Email me to discuss how a public relations strategy can help you generate media coverage. I look forward to discussing your goals and objectives!