Working with the Media: A Peek Behind the Curtain

The media landscape has transformed exponentially in recent years. What once comprised traditional news outlets—newspapers, magazines, television, radio and, later, websites—has grown to become inclusive of blogs, social media channels, video platforms, and podcasts. With this growth, the pool of media contacts has also expanded, now including not only reporters and producers, but bloggers, hosts, and influencers of all varieties.

Working with the media has always required finesse, research, and a certain level of awareness. Comfortingly, some golden rules are still golden, but the playbook for working with one subset of media doesn’t necessarily translate to another, creating more intricacies to navigate in order to make headway across today’s multimedia spectrum.

Don’t just take it from me, though! As PR professionals, one of our core tenets is that unpaid third-party endorsements from reputable sources speak louder than any other form of promotion. So, in the spirit of walking the walk, I asked my peers across the PR and media industries to weigh in on what they view as some of the most important things companies should know about working with the media.

Here’s what we all want you to know: 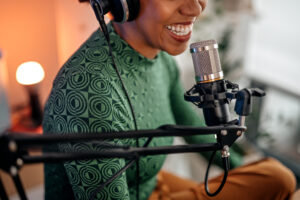 This is a great place to start, because it’s probably the most time-tested, universal truth across the entire media landscape. With few exceptions (e.g., celebrity gossip, major breaking news), securing press coverage is all about timing. Often, we’re able to be strategic about it; for example, we can tie a client’s product or service in with a certain holiday, trend, study, or news headline (read more about newsjacking here). But sometimes, it just comes down to blind luck.

Take, for example, this anecdote from freelance writer Katie Jackson:

“Sometimes, you nail the timing! For example, Sunday morning I received a pitch for home security devices. It was a pitch I normally would have deleted, but now I’m all over it and plan on pitching it to several editors for reviews/product odes. The PR person caught me at the perfect time! Well, technically, the perfect time would have been a couple weeks ago. LOL.”

I should note, Katie’s comment wasn’t a response to my prompt; she happened to share this in a private networking group for PR and media professionals while I was in the middle of writing this blog post…which I think underscores my point.

Edits are for editors.

If you are placing paid content, whether it’s sponsored website content, an influencer post or another channel, you should absolutely be able to review and edit copy to whatever extent you desire, within the framework of the sponsorship agreement. When it comes to earned (a.k.a. unpaid) media, though, it’s rare to be provided with a preview of an article before it’s published. It’s even more rare to have the opportunity to make edits.

When you are contributing content to an editorial article—in other words, coverage that’s earned rather than paid—whether it’s expert commentary, data, or information about a product or service, that’s usually the end of it. You may get asked to fact check something or approve a quote, but in traditional news industries, even the writers generally don’t get final say in how a story turns out. If you’ve seen the move 27 Dresses, you’ll be familiar with this concept (there are probably better examples, but that’s the first one that came to mind).

Getting a link to your website or other online property included in a news article is incredibly—and increasingly—valuable. The most obvious benefit is that is creates an opportunity for more people to click through from the article to your site, and where there’s more traffic, there’s more potential business. On the back end, these backlinks contribute to your SEO (search engine optimization), and if the website has a high domain authority, it can help improve your website’s organic rankings.

So, we are all pro-backlinks. A good PR professional will make every effort to try to get them included in news coverage; we can (and do) hyperlink text, send full URLs, ask, remind and follow up with the media contact we’re working with. Unfortunately, we have no control over whether that actually happens. And just like writers often don’t get final say in how a story turns out, even if they include a link in the final draft they submit, that doesn’t necessarily mean it will end up in the published story. It’s up to the editor or publisher of the content.

There are no “takesies backsies”

It’s important to understand that the media’s job is to report what they’ve learned, and sometimes that information is presented in a way that doesn’t paint a person in the best light. For example, let’s say you are quoted correctly, but not in the context in which you were hoping, or it comes across differently on paper than it sounded when you said it out loud. The bottom line is, if you said it, it’s fair game. You (or your PR team) can request corrections, but only when something is incorrect.

This is where having a seasoned PR partner comes in especially handy. We are adept at navigating circumstances like this, which is not to say we can wave a magic wand, but our understanding of all sides allows us to assess and optimize the situation. Many PR agencies, like 3E PR, also offer media training, which helps prepare company representatives who are interfacing with the media to prevent situations that might result in wanting a “take-back.”

Hot tip: You’ve of course heard the phrase “off the record,” meaning that any statements that follow are not intended to be published or broadcast. My advice? If you don’t want it on record, don’t say it, because once it’s out there, it’s out there to be interpreted as desired. It’s just not worth it!

A press release is a tool with a specific purpose.

There is no version of this blog post that doesn’t include this point, which I touched on in a previous blog post, “Your Company Has Big News…Now What?” so I won’t spend too much time on it here. Marketing and publicity consultant Jayne Wallace was one of the first to respond to my query, simply stating, “A press release is not an end unto itself.” And right she is. There’s an everlasting debate about whether the press release is dead, but for those who use it the right way, it’s not a polarizing subject.

A press release is a tool that should be used to provide information to the media that they can use as source material for reporting. The channels through which you send or publish a press release should be decided upon strategically, but at the end of the day, there are certain situations where it makes sense to write one and others where it’s just not necessary.

It’s not outside the realm of possibility that your PR team will secure amazing, top tier coverage for you very soon after you begin working together; however, it’s best to enter this working relationship with more tempered expectations.

As a TV host and publicist, Reyne Hirsch has a dual perspective. In response to my crowdsourcing request, she said, “Magic doesn’t happen overnight. You most likely won’t make the cover of Vogue or get in the NY Times in the first month.”

Generally speaking, she’s right. It takes time for another person or team to collate all the information they need in order to be able to effectively convey your story, product, or whatever it is you want to draw attention to. And that’s just the output—you also have to consider the inner-workings on the media side. As PR agency director Bill Byrne added, “Even digitally native outlets take time to consider and publish features. They work weeks and months in advance.”

What topics are they focusing on? What kind of bandwidth do they have? Do they require samples or affiliate links for inclusion in a story? Do they need to pitch an editor or can they self-publish? I’ll stop there, but the list goes on.

If you’ve been thinking about how to get started with, improve, or shake up your media relations strategy, this is your sign to do it. Have questions? My inbox is always open.